Dr. Michael Ross, MD is the Chairman and CEO of Euclid Systems Corporation (Herndon, VA) where he led the growth of this ophthalmic medical device company from $3.1M to over $8.1M in revenue in only two years. The bulk of Euclid’s sales are in China and East Asia where Michael visits 4-5 times per year. (He has participated in meetings with 20/20 and Chinese hospital collaborators.).

Prior to joining Euclid, he was CEO of E-P Therapeutics, and was a Medical and Scientific Advisor to StemCyte, Inc. Michael was elected to the board of the Generic Pharmaceuticals Association by my peers after only two years in the industry. Board certified in Obstetrics and Gynecology he was a founding member of a OB-GYN-Infertility practice in Northern Virginia From 1980 through 2007. Dr. Ross has been a Clinical Professor of Obstetrics and Gynecology, George Washington University Medical Center since 1979 and has served on the Boards of Directors of several biotech and medical device companies.

Prior to joining Euclid, Dr. Ross was the President and COO of the U.S. division of Cadila Pharmaceuticals, LTD, a privately help India based company and President of EP Therapeutics, a preclinical oncology company based in Connecticut.  Dr. Ross practiced medicine in the Washington DC area for 27 years before entering industry.  He served as an elected member of the INOVA Executive Committee from 2003 to 2007.

He received a BS in Chemistry and Biology from Dickenson College, and an M.D. from George Washington University Medical School, where he also did his residency. 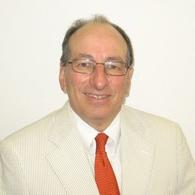