As the President and CEO of the entertainment network Latin é, Jason "The Don" Torrico is revolutionizing the Latin entertainment industry through his belief of Uplifting Latinos Through Quality Entertainment. He felt the needs of second and third generation Latinos, who spoke predominantly English, were not being met by traditional Latin television, and decided to redefine Latin entertainment with new original programming. His vision for Latin é is for it to become a nationally broadcasted channel providing a portal for the American Latino.

Jason was born and raised in Queens, New York. His path towards leadership began at the age of 11 when he joined the Boy Scouts. Later on at 17 he earned the rank of Eagle Scout, along with a congressional nomination to the U.S. Naval Academy. He chose a different path after graduating from high school, and decided to enlist in the United States Marine Corps; where he served two four-year tours before being honorably discharged in late 2003. He received many awards throughout his military career such as the Combat Action Ribbon, Humanitarian Service Medal, NATO Medal, and National Defense Service Medal to name a few.

He has a history of entrepreneurship beginning with his first company, which he started in 2004, Virtual Sentries Inc., an IT and business consulting firm. In 2009 he had the honor of being entered into Cambridge’s Who’s Who of executives and professionals.

With these various experiences under his belt, in 2012 he decided to venture out into an industry he was unfamiliar with because he wanted to start a movement. He wanted to create a Latin entertainment company that both uplifted American Latinos and catered to their specific needs. “I wanted to create something that would meet our entertainment needs as American Latinos while brightening our image and giving Latinos something to be proud of,” he says.

For more information on Latin é go to http://services.latin-e.com 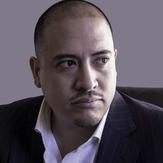