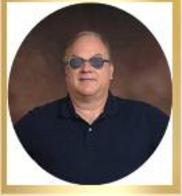 ​Have a question about starting a company?  Dealing with investors?  Obtaining revenue?  Ask Dr. StartUp!

Randy Reade, Co-Founder of the Washington DC ArchAngels, a frequent visitor at Quora.com, began casually answering questions from entrepreneurs on the basics of how to put together and launch a successful company.  Now, only two years later, his answers have been viewed by almost 3 million people around the globe, and he has been named a Most Viewed Writer on the topics of Entrepreneurship, Angel Investing, Venture Capital, Innovation, and others.  Many top angel investors and venture capitalists are regular followers. With this kind of following, Randy is now ranked among the top startup investment advisors in the U.S. and his colleagues have given him the name "Dr. StartUp."

Want to learn more?  ​Click on "Here's My Question" button for your answer from Dr. StartUp!​

What are the stupidest startup ideas that people actually believed would have worked?

I personally know hundreds of entrepreneurs and early stage companies. A friend of mine saw a pitch from a well known millionaire (I won't mention who) that said he has a company that he doesn't know what it will do, and doesn't know how it will make money, but hey, he's a famous guy who made tons of money, so give me money. The idiot investors gave him $250,000, and his corporation failed about 18 months later.  I saw an online health and fitness company pitch that had the word Sade as part of the company name. Then there was the company that was going to collect compost from houses in urban areas, for a fee, and then resell it back to the homeowners when the compost is fully composted.  My favorite though is a company founded by two rich, young and attractive men who often graced the society pages and decided to be one of those really cool entrepreneurs. Their pitch was that when you go out to a nice restaurant, the maitre d' knows what your favorite drink is and has it on your table as you sit down. But what happens if the regular maitre d' is out for the day? Or worse, he left the establishment? How is a regular customer going to get his favorite drink ready and waiting for him at the table without having to order it? Oh the pain!  So their software would keep track of everyone's favorite drink, so that it would be ready, even if Spratt the butler is away.  He got $250,000. The company went bankrupt within 18 months.

As a VC, what’s been one of the best/most impressive things you’ve heard from an entrepreneur during a pitch?

"Good morning.  I would like to tell you about my latest startup.  My first three startups all achieved a successful exit, and all investors in those companies saw an ROI of at least 3x, some many times more, within just a few years.  This company is in the same field, and . . . .”

What’s the dark side of working at a startup?

​No one wants to help you.  Sure, everyone is nice to you, and they all are interested in what you are doing, enjoy hanging with you for coffee, etc.  But when you are still building your company, and struggling to get to revenue, no one will put their neck out for you.  It's very lonely and no one will even make a phone call on your behalf, or send an email to help you make a contact.

Why are VCs usually the biggest a**holes?

I know many angel investors and venture capitalists, and none are jerks.  That is because if you have been in this biz for a while, you have risked your own money many times.  That means you have many great hits, but inevitably, you have had at least a few deals where you lost all your money.  And yet each company that they invested in they really thought was going to be a winner.  Losing like that can be very humbling.  So, I find very few assholes who are real honest to goodness investors.  Nonetheless, I am sure I have appeared to be a jerk to many companies.  I can tell they didn't like me.  That is because I ask hard questions of a company.  Now, anyone who has been in this biz should know that when an investor asks you tough questions it is because he or she is, actually, very interested in your company.  It's a good sign.

My startup product has been copied during our idea stage. We spent 14 months to build it for the market fit and now bit-by-bit they are copying our product, including our tagline. What should we do at this stage?

I'm very sorry that you have to go through this.  I am often asked by college kids and young entrepreneurs, "I have an idea but I don't want people to steal it from me." I tell them if it is that easy to steal, it's not a company investors will put money into. This often upsets them because that's not the answer they wanted to hear. Basically, I am telling them their idea isn't a good one and find another. They need to come up with something better.

What’s the best business advice you've ever been given?

I met an entrepreneur who was 27 and starting his third company. He sold his first company at age 18, sold his second at age 24 and was well on to his third. After we had him present to our group, he sold the company within a year and is on his fourth startup.  We asked him where does he get this energy and drive? He said when he was 14 years old, he was diagnosed with a brain tumor, and it scared the pants off of him, as it would anyone else. He learned from that instance that you don’t sit around dreaming about what you want to accomplish in life, you just do it. You don’t have much time left.

Should I close my startup after only 4 months?

Well, you should have thought about user value before you spent all that time and money. But here you are.
​You do not give me much in the way of particulars, so I suggest you find some very experienced people in the app industry and show them the app and ask what they think you should do.

What should I do, if I am trying to build a startup I am not passionate about?

Excellent!  Passion is way overrated.  You are in a much better position to evaluate your company if you are not so passionate about it. Why is that?  We are told constantly that we MUST be passionate about our company in order to succeed.  This is false -- I know many companies where the founder was not at all passionate about his product or service, but he found an opportunity that seemed to him like money sitting on a table.  General speaking, in these cases, the founder is working in a field or sector, or he finds himself working for a company whose customers are clamoring for something that his company refuses to address.  So he goes out and creates something that the customers want, and voila!  He has a successful company.  It's not like he really cared about the product -- he just saw that he could fill a need and he knew the customers.  If you are in such position, this is very good.  Another way people get tripped up about passion is that it affects your ego.  The more "passionate" you get about your product, the more your ego is invested in its success.  I have seen many companies go bankrupt because the founder refused to see the handwriting on the wall.  He believed that if the company fails, he fails, and his whole vision fails.  Passion cuts both ways, and no one ever says that.  It can prevent you from walking away from a losing proposition.  And since the vast majority of companies fail, it behooves you to know when to cut your losses and move on.  To answer your  question, you company should be about selling something that customers will pay for.  If you don't have a product that does that, move on.​