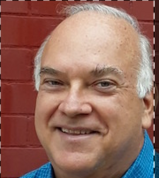 Mr. Reade has led many delegations to China in the past five years, and has been visiting its tech parks since 2000. He has been a featured speaker on outsourcing to China and has served as a panelist and moderator for many conferences held in China., and has published several articles on China's technology sector. In addition, Mr. Reade has hosted many delegations from China and other countries to the Washington, DC, area, introducing them to local and national clients.

As Chair of the International Committee, Mr. Reade expanded its membership to be hte largest committee within the NVTC and the most active.

Mr. Reade was invited by the Civil Defense Research Foundation for a program at the Moscow State University Science and Tech Park in Russia to help develop their tech sector, find investable companies and match them with potential investors. Additionally, Mr. Reade has worked with several other embassies and trade arms, including those of Finland, Greece, Great Britain, Germany, Hungary,The Philippines, and Japan, to help develop and promote technology exchanges.

Recently, Global Tech Exchange, LLC, was selected by the World Bank Group to develop an innovation platform for the countries of Vienam and India.

Mr. Reade worked with the American Bar Association's Section of International Law and Practice to develop dozens of seminars and panel discussions.  He served as the first Chair of the Law Student Outreach Committee, and also helped plan and organize several Section meetings held in Washington, DC, Chicago, New York and San Fransisco.  In addition, Mr. Reade was implemented a monthly newsletter for the Central and East European Law Initiative (CEELI) project that helped the former communist countries transition to a constitutional form of government based on the principles of rule of law, free markets and an independent judiciary.

Previously, Mr. Reade was an attorney with the US Department of Labor and received his law degree from Case Western Reserve University, Cleveland, Ohio, and is a graduate of the State University of New York at Buffalo. He currently serves as an attorney on several non profits, including The Washington Music Teachers' Association, The International Order of the Sword and the Pen, and the Third Millenium Ensemble.