Attorney Larry Austin is a principal of Starwalker Group LLC. He received his Juris Doctor degree from Harvard Law School. Mr. Austin has been admitted to practice law in the Commonwealth of Massachusetts and in the State of New York. He has an extensive history of corporate financings as well as merger and acquisition activity, both in the US and abroad.

He was a principal on the team that completed the first-ever trades with the Asset Management Companies in mainland China, and in the process conducted due diligence on dozens of portfolios of distressed bank loans and other assets in China, Hong Kong, Korea, and Indonesia.

He has been instrumental in the development of several new financing structures, from credit enhancement work in the New York capital markets, to zero-coupon loan facilities in London and New York. Additionally, Mr. Austin has worked extensively as a corporate lawyer, consultant and lecturer in the fields of technology start-ups (robotics, telecommunications, materials applications and AI) and commercialization of low-earth orbit activities, and served on the Commercial Advisory Subcommitee for NASA.

He has also hired, or supervised legal teams and worked with several financial intermediaries, major international accounting firms, some of the largest leasing companies in the US, the UK, South Korea, Germany, and Russia, on trades involving billions of dollars of financings and/or re-financings from major money center banks. He is also familiar with public sector finance, having been a budget officer in the Illinois Bureau of the Budget and in 1976 ran the Budget Office in American Samoa.

He has specialized in joint ventures between private sector parties and public sector government sponsored enterprises.

Mr. Austin is one of the most experienced lawyers in the field of Section 17 Corporate charters issued by the US Government to Native American Tribal Governments which enable such bodies to engage in commercial activities worldwide in a non-taxable vehicle. He also has experience in trademarks and copyright protection disputes. In this regard, he represented US based group of International Association of Motion Pictures Exporters, Porche and other companies. 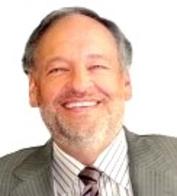