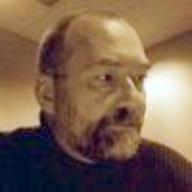 David Breukelman, President of Business Arts and has been since its inception.  David is also the Founder of Arius3D, Lead Director of Gedex Inc.

While living in Holland, David also consulted to Van Nelle foods and The Vara, a Dutch media organization. Upon graduation, David joined The Bank of Nova Scotia where he rose through various positions in International Corporate and Government Banking, and the Risk Management side of Treasury.  He then joined Bank of America to head their Risk Management and Derivatives operation in Canada.  David and his family have helped found and built some of Canadas most innovative technology companies including Sciex, Imax, and a piece of what became BCE Emergis.

David has been involved in the turnaround and growth of several other Canadian successes. David serves and has served as a director of a number of companies (Both Canadian and American) as well as Canadas Royal Conservatory of Music.  David has spoken and lectured at universities and venues around the world.

David graduated with a M.B.A. from The University of Western Ontario where he earned scholarships and an exchange student position with Erasmus University in the Netherlands. He has several financial designations and lives on a small, Ontario Christmas tree farm with his wife, Kathy and three children.