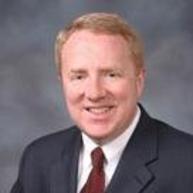 Andy has completed public offerings for domestic and foreign clients in a wide variety of industries, including software, online retailing, professional services, consumer products, biotechnology, financial services, manufacturing, and REITs as well as represented clients from China, Latin America and Canada in public and private offerings in the U.S. capital markets.

Andy represents numerous start-up companies in structuring their business, locating capital, and building a strong foundation for the growth of their business. He also represents domestic and foreign venture capitalists and other institutional and individual investors in these companies. Andy regularly represents clients in the Middle East and North America in transactional matters.

Andy has been a panelist on numerous discussions regarding securities laws topics, such as the public offering process and compliance with the mandates of Sarbanes-Oxley as well as the many topics that effect emerging companies including trends in venture capital.