Daisy Gallagher has earned more than 100 industry awards and recognition's, and has more than 25 consecutive years in an esteemed career.  Ms. Gallagher is a much sought after Chief Strategist and Senior Advisor.  She serves as founder and chairman of an international award winning firm, as chief strategist for a premier world green energy program, board advisor for several enterprises, brand architect for award winning sustainable and economic programs, and contractor in the federal space for military and civilian agencies. Overall, past performance includes; support of multi-billion dollar enterprises and for more than two decades, she has overseen and provided contractual support for more than 22 U.S. federal civilian & military agencies.  She is a serial entrepreneur and is the founder and co-founder of several successful companies, including the internationally recognized, award winning firm of Gallagher & Gallagher Worldwide, Inc.  The company she founded in 1990, continues to provide public affairs and strategic marketing for private industry and agencies.

Ms. Gallagher has authored and co-authored several books and is a sought after lecturer, trainer, and subject matter expert on several subjects.  She is author of the bestselling “Government Contractor’s Resource Guide” which has been used as a tool by industry, academia, and government alike while also making the pages of FORBES and Businessweek.  One of her other top selling books is entitled  “How to Succeed in a Testosterone World without Losing Estrogen” which is specifically written on the importance of advancements for women and is filled with facts and studies to help educate others on the plight women face for equal rights and equal pay.  Ms. Gallagher has authored several hundred published works in magazines and newspapers.  As a leader in business she has served on the Federal Small Business Advisory Committee and the U.S. GSA Industry Government Council Steering Committee & Council. She has chaired and served on numerous national and community nonprofit Boards; including, Chair of the Chamber of Commerce, Chair of the United Way Campaign and President of the United Way of Monroe County Board of Directors, DC Chamber of Commerce Economic Committee, Executive Board of Women Impacting Public Policy of Washington DC and serves as Government Liaison on the Executive Board of the European American Women’s Council.  Ms. Gallagher has been a keynote speaker at many programs nationwide, including at the United Nations and internationally at the Foreign Ministry. As a Board Member and Executive Board Member of numerous non-profit organizations she has led and served as a member of delegations at the request of the organizations, meeting with United States Congressional leaders and Cabinet officials. Ms. Gallagher has played a leading role in forging industry-government partnerships. She has also taught public relations and crisis management at the university level.

She has received numerous recognitions and awards.  Ms. Gallagher was named “One of the Top Five Women Businesses in Nation” – U.S. President’s Award and was named the U.S. Small Business Administration “Business Person of the Year.”   She is the recipient of the prestigious Artemis Award presented by the Greek Government in Greece and is only one of a few select individuals with the distinct honor to have her name placed on a plaque of leaders in the Sacred Island of Delos. Ms. Gallagher is also the recipient of US Congress/EAWC Global Business Forum Excellence in Innovation, was named Top 25 Women in Business by Pennsylvania Department of Community and Economic Development, recipient of the University of Scranton SBDC Woman Entrepreneur of the Year, and the recipient of the SARAH Award for Public Relations.  Ms. Gallagher was honored as a Paul Harris Fellow and Rotarian of the Year and honored by United Way as Volunteer of the Year and as the Chamber of Commerce Citizen of the Year. She is a lifetime honoree of Who’s Who Executives. She has earned numerous citations from the Senate and House Representative for business growth and community involvement.  Ms. Gallagher and her husband were honored as Grand Marshalls of St. Patrick’s Parade in northeastern Pennsylvania for community and business leadership.  Ms. Gallagher’s firm has earned more than 100 industry awards; including the Public Relations Society Overall Excellence Award for consecutive years.  She holds numerous university certificates in her industry.  Her undergraduate studies were in Communications, Hunter College and she earned her post graduate Masters Certificate and Advanced Masters in Project Management with a 4.0 GPA from Villanova University. Ms. Gallagher is a CHT, Board Certified Clinical Practitioner. 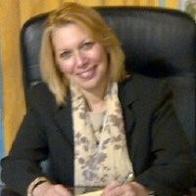